Given the interdisciplinary nature of court studies, the Society forges connections and affiliations with other academic societies, research and archival institutions, museum and heritage organisations, and vice versa. We welcome affiliations and collaborations. Below is a list and a brief introduction to some affiliated organisations. Click on the organisation below to find out more.

If you are interested in becoming an affiliated society, organisation, institution, or association, send an email to the Executive Committee via their email address found here.

An international community of scholars working on a wide range of topics related to monarchy across countries and periods. The Royal Studies Network brings together academics, students and independent scholars from any discipline whose interests focus on or connect to royal themes.

Housed in the Jussieu Pavilion, the research center brings together researchers and curators, both French and foreign, who work together on European court civilisation in the seventeenth and eighteenth centuries. The Centre organises symposia, takes part in educational and training activities (seminars, study visits and summer schools) and ensures research is widely circulated through publications. 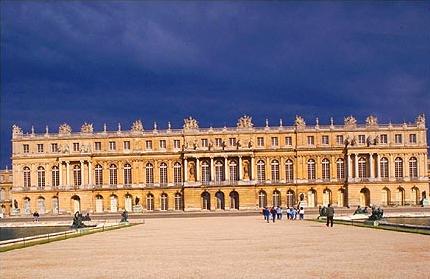 Founded in 1976 at the Instituto di Studi Rinascimentali in Ferrara by Giancarlo Mazzacurati and Amedeo Quondam, Europa delle Corti has encouraged the Italian historical profession to accept courts, hitherto shunned, as a legitimate field of historical enquiry. Its particular period of interest is the period from the fifteenth century to the end of the eighteenth. Europa delle Corti has promoted conferences and seminars and the publication by Bulzoni of over eighty volumes on individual courts, courtiers and court painters and writers. It believes that, as Marcello Fantoni has written, it was not ‘structures and networks that were the fulcrum of court life but rather the system of values from which these unequal personal relations drew their raison d’être’. Publications include studies of the Farnese courts in Parma and Piacenza by M. A. Romani and A. Quondam (1978); works edited by Cesare Mozzarelli on La Corte nella Cultura e nella Storiografia: Immagini e posizione tra Otto e Novecento (1983) and L’Europa delle Corti alla fine del Ancien Regime (1991); a translation of Grete Klingenstein's book on the rise of the House of Kaunitz (1993); and a study by Marcello Fantoni of La corte del Granduca: Forma e simboli del potere mediceo fra Cinque e Seicento (1994).

This research center promotes and engages in research on Italian and European Courts with a focus on the House of Savoy, and “is also in charge of managing cultural relations between the Reggia di Venaria and other major Italian and European residences and estates, also in the context of the European Royal Residences Association (ARRE).”

The interdisciplinary center concentrates on the European courts from the thirteenth to the nineteenth century, with the aim of engaging with all researchers working on European monarchies and courts through collaborations and events.