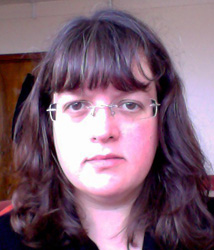 Dr Janet Dickinson specializes in the history of early modern England and Europe, with particular interests in cultural and political history. Her first book, Court Politics and the Earl of Essex was published in 2011. Current projects include research on the Elizabethan nobility and the last years of Elizabeth I’s life as well as court history in general. She has held posts at a number of English universities including the universities of Durham, Warwick, Birmingham and Southampton and currently teaches for New York University in London and the Open University as well as serving as Conferences and Events Secretary for The Society for Court Studies. She has written two online courses for the Department for Continuing Education at the University of Oxford and contributes to teaching on a number of programmes in Oxford. In 2014 and 2016 she was named ‘Most Acclaimed Lecturer’ at Oxford University’s Student’ Union Annual Teaching Awards.

‘Political Culture(s)’, in Understanding Early Modern Primary Sources, edited by Jonathan Willis and Laura Sangha, to be published by Routledge in 2016.

‘Elizabeth, Essex and leadership in the 1590s’, in Leadership and Elizabethan Culture, edited by Peter Kaufman (Palgrave Macmillan, 2013)

November 2016, ‘Not Dead Yet: the Last Years of Elizabeth I’, In the Light of Gloriana, Tower of London

October 2016, ‘Approaching the Queen: chivalric culture and political power in the rituals of everyday life at the court of Elizabeth I’, Rituals of Power Conference, the Royal Castle in Warsaw

June 2016, ‘The politics of courtly love at the court of Elizabeth I’, Historical Association, Beckenham

March 2015, ‘Continuity or change? The courts and governments of Elizabeth I and James I and the succession question’, Renaissance Society of America, Berlin

July 2013, ‘The Earl of Arundel and the Elizabethan regime’, Early Modern Studies Conference, University of Reading

November 2012, ‘Shakespeare, the Essex Circle and Court Politics’, The Society of Dilettanti, London