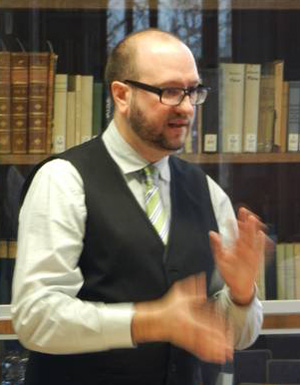 Jonathan Spangler is a senior lecturer in early modern European history at Manchester Metropolitan University, England. His doctoral research focused on the foreign princes in 17th-century France, notably the Lorraine-Guise, about whom he has published articles and a monograph. Recent work has focused on spreading this study more widely, exploring the role of aristocratic ‘trans-regionalism’ from 16th-century Scotland to 18th-century Belgium. Current research projects include a study of the court of Lorraine under its last independent dukes (1660-1737), and a study of the role of “Monsieur” —the brother of the king— in the French monarchy. He is the co-editor of The Court Historian, the journal for the Society for Court Studies. Jonathan did his first degree at William & Mary in Virginia, then worked for several years in Washington and New York as a museum exhibition designer, before completing a DPhil at Oxford University - academic webpage: